Get in touch on

Get in touch on

Education is a means of knowing the truths about the world. It helps us to know about the known and the unknown, about the rights and the wrongs. But most of all about one’s self. There is much importance of education in Islam. 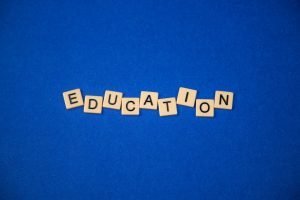 The Mukkabir school is following the commandment in Islam. Our schools are working hard in providing quality education to all children in Pakistan, boys and girls alike.

Importance of Education in Light of the Quran

Islam has laid much stress on attaining education. In fact, the first Quranic revelation about education in Islam was

“ Read in the name of your Lord, who created: created man from a clot of congealed blood. Read! And your Lord is the most merciful, who has taught (the writing) by the pen, taught man about which he knew not.” (AL-Alaq, 1-5)

Through education, a person can identify their purpose. He understands where he came from and where he is going to go.

He understands how things work in this world. How does it rain? what causes the sky to turn blue? how does the human body work? and the answer to other unlimited and intuitive questions that can be found out through education.

Whoever seeks knowledge can get the answers as well. And when he does, he has no choice but to believe that there is someone who has created all of this. It is not possible for it all to be a coincidence. Such a detailed and rational structure is truly the work of a divine.

According to another Quranic verse on education,

“Can those who have the knowledge and those who do not know be deemed equal?”(AZ-Zumar, 39:9)

Knowledge provides advancement in life. When a person is self-aware, he begins to understand his purpose. He understands that the world is not just about life and death.

Thus, he tries to live according to the principles of Islam. He keeps a good behavior, respects others and shows kindness to others, etc.

Unlike an uneducated or illiterate person, who is not even aware of himself. He is lost and does not know his purpose.

Stating that, read this amazing education system of Pakistan essay by our bright student.

He does not know the importance of respect, good nature, and kindness. Thus, due to his illiteracy, he does bad deeds or sins.

As he does not know about the secrets of the universe, he has no interest in what his purpose is. He only knows that he will live and die, and that’s it.

Thus, a person who is educated and an uneducated person can surely never be equal.

“With all this, it is not desirable that all of the believers take the field (in time of war).  From within every group in their midst, some shall refrain from going to war and shall devote themselves (instead) to acquiring a deeper knowledge of the Faith, and (thus be able to) teach their home-coming brethren, so that these (too) might guard themselves against evil”

Knowledge means power. Education is not only important for an individual but it also has a profound impact on the whole of the nation.

Thus, according to Islam, a nation needs to have people willing to gain knowledge and also educate others about Islam along with other things.

Importance of education in the light of Hadith:

As a messenger of Allah, the Prophet Mohammad (S.A.W.W) has also emphasized the importance of education in Islam.

It was through his teaching and education that the people came to know the truth and embraced Islam as their religion.

According to one hadees on education, the Holy Prophet (S.A.W.W) says

“It is a necessity for every Muslim to seek knowledge”(AL-Tirmidhi, 74)

The Prophet (S.A.W.W) has deemed education as a necessity for both men and women, irrespective of color and creed. Because those who seek knowledge will only gain the truth about this world.

According to another Hadith on education

“Seek knowledge and teach it to other people.” (AL-Tirmidhi, 107)

Knowledge is something that you can never lose, the more you spread it, the more it increases. Our Prophet (S.A.W.W) has emphasized teaching whatever you know to other people.

According to Islam, responsibility also falls on the parents to educate their children. An educated child will not only bring benefit for them but also himself and the whole world.

In Islam,  the best gift a parent can give to his child is good education. Accordingto a Hadith in Tirmidhi

“ A father gives his child nothing but a good education.”

Practical examples emphasizing the importance of education in Islam:

Throughout the history of Islam, we get to see many practical events that have laid stress on the importance of education.

One prime example of such an incident occurred in the Ghazwa-e-Badr. After the Muslims stood victorious, they captured 70 non-Muslims.

The Prophet (S.A.W.W), emphasizing the importance of education in Islam, set criteria for the release of these prisoners of war.

The Prophet (S.A.W.W) stated that

“Those non-muslims who a literate can be free if they can educate 10 Muslims.”

Through these verses of the Quran, Ahadith, and incidents, we can gain an understanding of the importance of education in Islam along with its impacts on the individual and collective levels.

We, as Muslims have a responsibility of imparting knowledge to other and also preaching about the importance of education especially for the children. Because these children are the future of this country.

The Mukabbir school is working hard to spread this message of the importance of education to every household in Pakistan.

We have taken an oath to provide quality education to the children that will not only groom them individually but hopefully, they will help this nation and Islam in spreading the message of peace through their actions and also make Pakistan a proud and successful country.

We will conclude with a hadees of the Holy Prophet (S.A.W.W)

“ God, His angels, and all those in the heavens and the Earth, including ants in their hills and fish in the water, send down blessings on those who educate others in beneficial knowledge.”(AL- Tirmidhi, 74)

LEADERS OF THE FUTURE